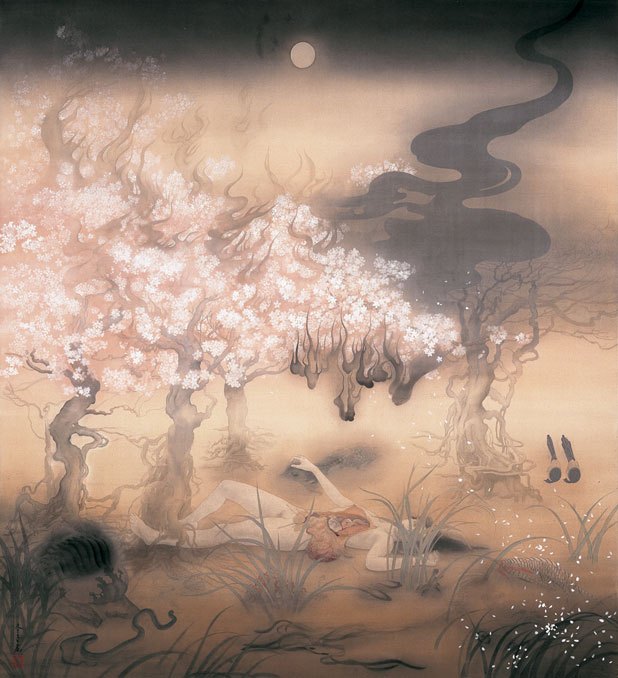 What are you being for Halloween? I'm using what I would have done last year, if not for the hurricane, a ghost from a hunting accident. Hollow eyes, an arrow through my neck, blood out of my mouth, an empire style gown, elbow length gloves. 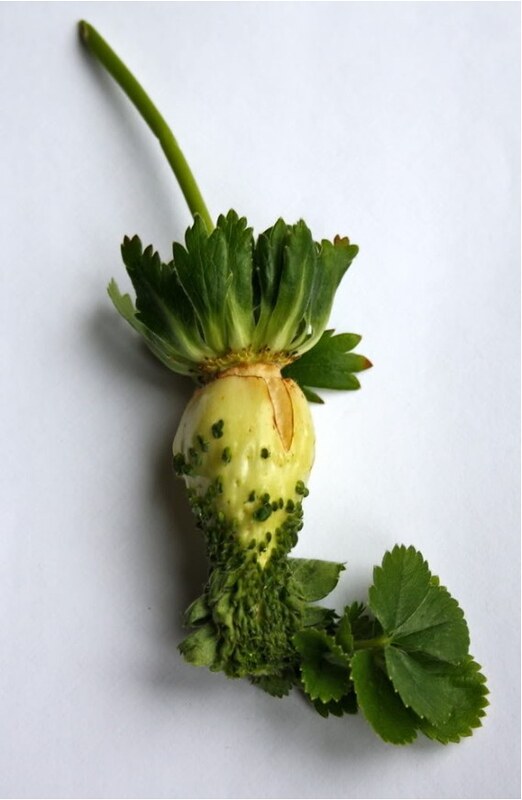 - Inadvertantly saved a young rabbit from a mink, it tore through the underbrush, around my legs while the mink froze on the edge of the path.

- Going to Copenhagen and maybe Malmö in August, possibly visiting my dad in Pavia this Fall.

Bacchanales Sexuelles, 1974, Jean Rollin- Worst Rollin maybe (but it's barely even his). I'm a Rollin completist.

Swan Lake: The Zone, 1990, Yuri Ilyenko- A man escapes from a soviet prison (filmed where Sergei Paradjanov was imprisoned) and hides inside a crumbling sickle and hammer sculpture. All frost, fog and rust.

Hynningen, 1975, Werner Nekes- So perfect, the closest thing to ghosts on film.

Route One/USA, 1989, Robert Kramer- Kramer condenses his trip down Route One from Maine to Florida to four hours of Americana mixed with loneliness, frustration and sometimes intense religiosity. Also some lovely people.

Spiritual Constructions, 1927, Oskar Fischinger- "How very strange, as if the world were drunk."

Mausoleum, 1983, Michael Dugan- I wish the whole movie was like the opening instead of just a boring '80s latex and slime possession film.

A Voyage on the North Sea, 1973, Marcel Broodthaers- I usually love Broodthaers but this was just OK.

5 Dolls for an August Moon, 1970, Mario Bava- Alright but with an absolutely fantastic house (the clothes are pretty great too, bright patterned dresses and hot pants with a cape and tall boots).

These are some of the more interesting photos and descriptions out of my grandfather's senior yearbook, all bobbed hair, lace collars, satin finger waves.

- Violet pastilles
- Flooded towns under reservoirs
- Patches of old wallpaper in closets, behind radiators, finding objects in attics and basements. Notes hidden inside a clock. 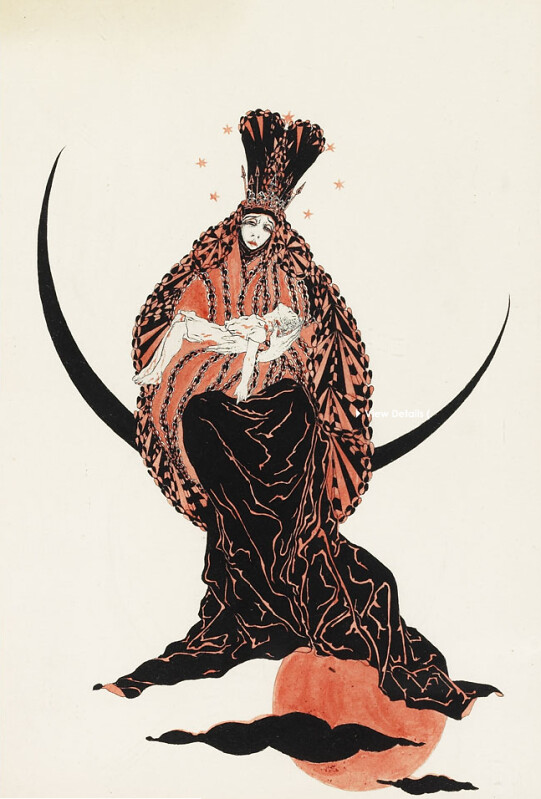 Movies watched in October and the first half of November, stills:

Something Creeping in the Dark, 1971, Mario Colucci- A group of travellers get stranded in a house during a storm. Half giallo, half ghost story, neither are interesting.

The Woman Who Came Back, 1945, Walter Colmes- A woman cheating death in a bus accident leads to a mid-century witch hunt in a New England town.

Maskarada, 1971, Boštjan Hladnik- I hated this. Sort of Oedipus but with some 60s-70s generation gap babble and distant father combined with attached mother leads to gay son type pseudo-psychology.

The War of the Worlds: Next Century, 1983, Piotr Szulkin- This kind of state controlled media/don't trust the television science fiction feels much more genuine coming out of Eastern Europe.

Bimbo's Initiation, 1931, Dave Fleischer- Bimbo falls down a manhole and into the headquarters of a secret society, they repeatedly ask "wanna be a member?" while he tries to navigate through a maze of traps and obstacles. I love the Fleischer brothers, they made some of the most imaginative and unnerving (while still fun) cartoons.

What were you for Halloween? I had a list of possibilities,
1. Christiane in the final scene of Eyes Without a Face
2. A spiritualist during a sceance, covered in ectoplasm, some coming out of my mouth and forming a cheesecloth halo.
3. This scene from Fascination.
4. A sort of 1930's socialite saint Lucy, satin dress, stole, art deco jewelry, finger waves, bloody bandages on my face and a platter with false eyes. (For those of you not raised catholic, the story is that st. Lucy was a beautiful girl from a rich family who converted to Christianity. A Roman soldier wanted to marry her, and was especially fond of her eyes, so she plucked them out and gave them to him so that he would leave her alone. There are several saint stories that involve beautiful girls disfiguring themselves or praying to God to make them ugly. The other version is that Lucy's eyes were plucked out while she was being tortured by the Romans, but that's less interesting. Saint Lucy is often depicted holding her eyes or with them on a plate.)
5. A ghost from a bow hunting accident. I went with this because I found a wonderful black empire cut gown with floral embroidery which worked with the regency era image I had for the costume, so like this but dead. With it long black gloves, hand fan, an arrow through my neck, and blood coming out of my mouth. I didn't get to really do anything for Halloween yet because of a cold, a friend's birthday and the hurricane. There's still this coming weekend though.

I have a standby costume every year if the others don't work out in time. It's a black Gunne Sax dress that can easily become a witch or ghost. This and this are the closest I could find to pictures of it, but it's different and better. Less obviously a 1980s version of the 1800s, closer to the real thing. Still with netting sleeves and lace.

So behind on this, movies from July, August and September (stills):

A Time of Roses, 1969, Risto Jarva- Has some wonderful retro-futurism. A man making a documentary/bio film about a 60's model becomes infatuated with her and her contemporary doppelganger. He tries to fashion the look alike into an idealised version of his subject. I wish Radley Metzger had directed this, it probably would have been fantastic.

Veruschka, 1971, Franco Rubartelli- Sometimes I can watch movies without subtitles no problem, but not here.

The Old Dark House, 1932, James Whale- I need to stop being so late writing these so I don't forget everything.

The Pruitt-Igoe Myth, 2011, Chad Freidrichs- There's a joke about Yamasaki being famous for his buildings falling down. 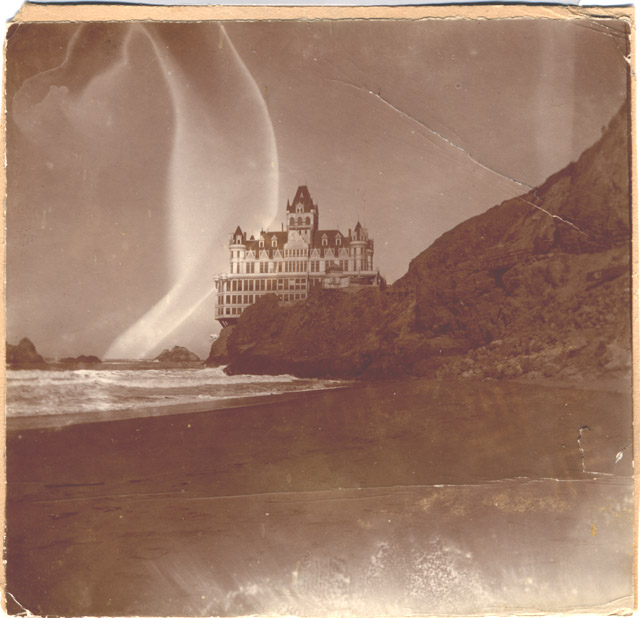 Went to:
- Athens, OH, a month ago to visit Hazel. Had a migraine on the drive there, blind spots spreading out over my whole visual field. Got my sight back while crossing into West Virginia. Pink sunset skies over green mountains, thick fog. Early morning motel baths to Vashti Bunyan, gigantic heirloom tomatoes, stream wading, honeydew tea, ponds filled with snail shells and frogs, walking over Sideling Hill.
- A fair with strawberry lemonade, tents stacked full of the softest rabbits, chicks and ducklings, so many baby goats.
- State game land at St. Peter's Village. Stood in the stream (thigh deep) and found mushrooms. Walked across an abandoned rail bridge.
- A nearly empty after labour day beach. We were alone in the ocean at sunset, everything foamy and pearlescent. Caramel popcorn, quiet ferris wheels and a stormy boardwalk. Maybe Island Beach state park this weekend.
( Collapse ) 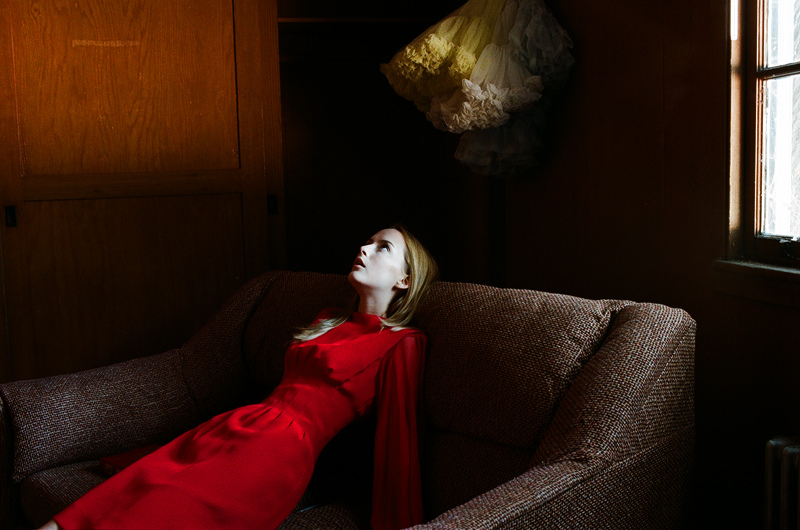 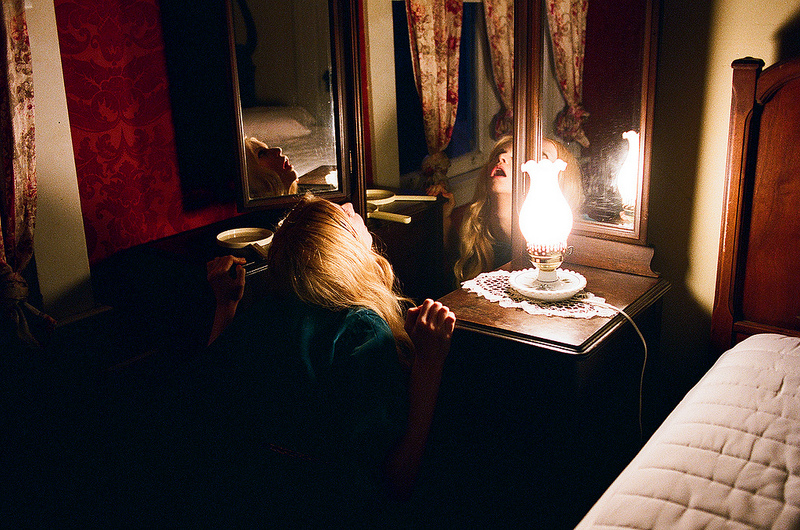 Two of my favourite things at Cape May are the abandoned WWII bunker in Cape May Point state park and the half sunken concrete ship on Sunset Beach.

Succubus, 1968, Jesus Franco: Not the best but I really liked it. So dreamy.

Ambiguous, 2003, Toshiya Ueno: A pink film about an internet suicide support group that decides to get together and kill themselves. I don't have anything to say about this that isn't said better in the Midnight Eye review.

Delinquent Girl Boss: Worthless To Confess, 1971, Kazuhiko Yamaguchi: Fun but not memorable at all.

Muscle, 1989, Hisayasu Sato: A man becomes obsessed with a model in a magazine he publishes, Muscle. He cuts off the model's arm during, gets sent to prison. After he's released he searches for the man and a copy of Salo. Filled with Pasolini references, mostly Salo and Teorema. One of my favourites by Sato.

Snijeg, 2008, Aida Begic: A Bosnian village deals with the aftermath of war. All the men were killed and now the women sell chutneys and pickles. I had read that this had some fantastic/magical realism elements, but it didn't so I was disappointed. Otherwise alright.

The Lorelei’s Grasp, 1976, Amando de Ossorio: Beautiful. It gave me a dream about a stranded lorelai in a seaside castle and glass harmonicas.

Ferat Vampire, 1982, Juraj Herz: So good. It's a shame that Herz's worst film, The Cremator, is his most widely seen.

Watcher in the Attic, 1976, Noboru Tanaka: A combination of two Rampo stories, one about a man spying on tenants at a boarding house through a hole in the attic floor and the other about a man who wants to live inside of his boss' chair, to be closer to her. The voyeur witnesses a woman killing her lover (she knows she's being watched), which starts a chain of bizarre murders and games. Pure ero guro, I loved it.

The Strange Case of Dr. Jekyll and Miss Osbourne, 1981, Walerian Borowczyk: My favourite Borowczyk along with La Marge (so far).

Salome, 1972, Carmelo Bene: So delirious, heady and decadent, but I couldn't really get into it. Kept getting distracted.

After Beardsley, Chris James: The soundtrack and visuals are pretty perfect but I don't like the romanticising of Beardsley's era, the idea that he would be so disappointed by the present. Especially when he walks through what I think is 42nd street and sees someone using heroin, Beardsley was no stranger to sleaze and opioids were prevalent in the late 1800s too.

School in the Crosshairs, 1981, Nobuhiko Ohbayashi: A high school girl discovers she has psychic powers and must save her school from a Venusian who makes the students want to follow strict rules with heavy punishments. The first half is all high school crushes and after school ice cream, light as candy floss. Later on it goes full Ohbayashi style green screen. Not as good as House but still great. Ohbayashi is one of the funnest directors to watch.